It happened in the blink of an eye a few weeks back. A huge television audience–and fans paying an average $2,600 dollars per ticket, only slightly less than tickets to the Super Bowl–watched Duke battle the University of North Carolina in college basketball’s greatest rivalry.

33 seconds in, Zion Williamson got injured. Williamson is a generational talent with physical gifts that have freak talents in the sporting world calling him a freak. And how he got injured was a sight to behold.

The 285-pound freshman drove to the hoop with his trademark explosive burst, pivoted, and created an irresistible force versus immovable object moment. And his Nike shoes–the PG 2.5 model, to be exact–literally split in half, causing a sprawled knee extension and corresponding exit-inducing sprain.

Just like that, Williamson’s kicks gave him a kick in the pants, and Nike right along with it.

I’m not exaggerating on this point. I was watching the game, and my immediate reaction was, “C’mon Nike–get your act together!” Many others agreed–you could feel the air being let out of Cameron Stadium.

Social media lit up and Nike’s PR nightmare began. Competitor shoe brand Puma fired first in a tweet that was quickly criticized (and subsequently deleted) for making light of an athlete’s injury: “Wouldn’t have happened in the Pumas”.

A parade of other brands followed with smarter (and funnier) approaches, all of which added to Nike’s headache. 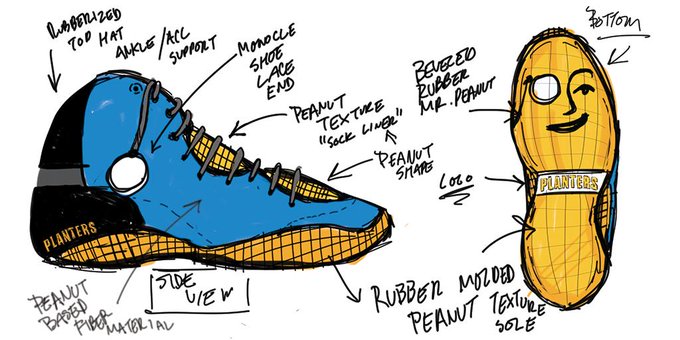 .@Nike, I have a suggestion:

Yo @Nike, you guys need a beer?

Yo @Nike, you guys need a beer?

We’ll even pick up the tab on it. Or, if it makes you feel better, we can just split it down the middle.

By the way, the PG in PG 2.5 stands for Paul George, the NBA superstar who is the namesake of the model (the most popular model in the NBA) and later publicly asked, “What went wrong Nike?”

Wall Street wanted to know too, driving Nike’s stock price down 1 percent after the incident.

All of this is happening to Nike’s bread and butter sneaker line while, ironically, the company has been advancing cutting edge technology. Innovation like, get ready for this, self-tying shoelaces–which hasn’t exactly seen a smooth introduction.

I’ve run laps in this gym before in my corporate days, running some huge businesses for Procter & Gamble. I’ve watched well-meaning people take their eye off of the core product, the bread and butter, to chase some shiny new ball–an innovation with glamorous bells and whistles.

In my experience with this, basics got overlooked on the base business. Corners were cut. Compromises were made that led to consumers voting with their feet. Will consumers vote to literally take their feet elsewhere with Nike? Only time will tell.

But one thing is for sure. Nike forgot a critical rule: Don’t take your eyes off the core while looking to the future.

Nike sympathists would say, “This is an exception, this was a one sneaker blow-out.” Indeed, that’s what Nike’s statement said shortly after the incident:

“We are obviously concerned and want to wish Zion a speedy recovery. The quality and performance of our products are of utmost importance. While this is an isolated occurrence, we are working to identify the issue.”

Some are even saying that it’s a good thing the sneaker blew out, or Williamson’s injury would have been far more severe. To me, that’s beside the point.

Where there’s smoke there’s fire. I can’t imagine a good excuse for why just this one random pair of shoes, on such an important stage, chose to meltdown. Even if it was a sneaker tested by the physical manifestation of Zion Williamson.

I’m sure Nike is an outstanding company with great people that generally make products for which they can be proud and charge a premium. But somewhere inside that office, something is clearly wrong.

So, innovators and entrepreneurs, as you’re pursuing the growth of tomorrow, don’t lose sight of what got you to where you are today.